The Moment of Pi, and Arts of Infinity

At 9:26am this Saturday, take a moment to pause from your bike ride, lazy cup of coffee, dog-walking in the park, or whatever you will be doing for the weekend morning.

It will be a special moment that comes only once in a century: 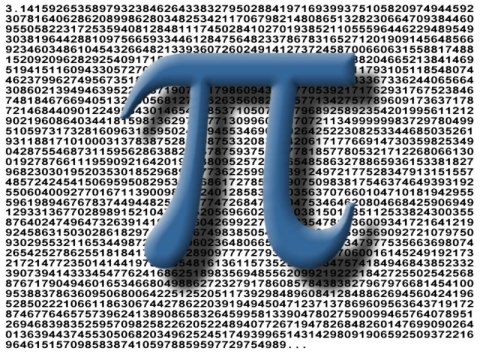 when the date and time digits match those of Pi, π, that mathematical constant expressing the ratio of a circle’s circumference to its diameter, an irrational number that goes on forever.

While Pi Day has been celebrated on March 14 for 27 years, in honor of this mysterious number, the Pi Day this year is the most accurate of the entire 21st Century, an occurrence that will not roll around again until March 14, (21)15.
Although PI Day is not mainstream enough for merchants to have blasted promotions at you for two months, festivities are popping up around America on college campuses, at museums or other public venues to commemorate the occasion. March 14th being also Albert Einstein’s birthday, math and science lovers have even more reasons to spend this weekend in exuberance.

If you are not geeky enough to have planned on participating in such festivities, and are now at a loss for how to revel in this unique moment, I offer you the company of something quieter and more intimate; something sweet and beautiful, which you might appreciate for your children or for yourself.

Some Pi arts, and two stories of the creators behind them. END_OF_DOCUMENT_TOKEN_TO_BE_REPLACED

You are currently browsing entries tagged with Pi Skyscraper at .